As a young child, I can clearly remember feeling that the height of failure was to be bored. Being bored meant missing out on the fun that others were having or lacking the creative juice to make fun happen right where I was. Somewhere, someone else was not bored and my boredom was evidence that I was missing out on the fun, or lacked the skills to be fun.

I’m a Gen-Xer, so I was born before the generation whose parents seemed to idolize their kids and wanted to give them everything they want (I’m generalizing here, not judging). We weren’t ignored, but I don’t think anyone would say we were coddled either.

(Side note: in my pre-teen years, there was a news and variety TV show aimed at children called Kids Are People Too (I’m not kidding, look it up). “Hell yeah!” I thought, my seven-year-old fist extended into the air, “It’s about time we were heard!”)

It was different then. Kids were something more than trophies for parents and something less than 36-inch tall domestic dictators. So when I would complain about something, I was usually answered quickly and dismissed.

Back then, I had a pattern of telling my mom that I was bored. But if I thought that she was going to move heaven and earth to make sure that her darling firstborn was happy, I had another thing coming! Instead, every time, she would casually reply, “Gino, people who say they are bored are boring.”

What kind of Jedi mind-trick was that? My young brain had no idea what she was trying to communicate to me and I didn’t have the maturity to ask, “What do you mean?” So, I took it on as an identity: If I feel bored, I am boring.

A smarter kid than me might have rejected the response or at least not been so vocal when boredom struck. But that’s not how little Gino rolled. My mom’s joking comment became my rule of life. If I was feeling bored, I believed I must be boring to others. Whenever I felt bored, my belief that I lacked value to others was reinforced.

(Quick disclaimer: my mom never intended this, of course. Her comment didn’t create this lie all by itself. How I responded to and internalized it as a little kid is what generated this lie about my identity.)

Boredom became something for me to avoid at nearly all costs. Whether it was playing basketball or video games, watching movies, or going bike riding, I needed to do something to never feel bored and to prove to myself and others that I had some worth. If I could just distract myself long enough, I’d start to believe it.

As I got older, I really didn’t mature much. I learned that if I looked for distractions that would also pay me, I could earn a paycheck and work at earning value. I wasn’t always filling time with things that would “get me ahead in life” but things that would distract me from any boredom (which meant I didn’t have any value).

I lived under this tyranny for decades. During this time, some incredibly wonderful things also happened. I started following Jesus. I met and married my wife Jill. We moved across the country. She started following Jesus. We had four amazing children. We started a business. We planted a church. Etc. God is gracious beyond our understanding or capacity to “earn” blessings, for sure.

The good news about boredom

I finally began to embrace boredom when I finally started to believe (after 20 years of following Jesus!) that God is exactly like Jesus.

The good news I began to hear was twofold:

Reciting these two statements, I can sense God the Father in a full sprint toward me with arms outstretched. I usually can’t finish speaking these words of good news before I’m enveloped in love.

How I befriended boredom

So what did it look like to say “Yes” to this good news? How to walk it out?

The reason I had been avoiding boredom was a lie: I thought if I was bored, I lacked value. I had come to associate “doing things” with distracting myself from being bored, and therefore, useless.

I’d trained myself to believe that my value ultimately comes from my performance. The good news for me was (and still is) that Jesus offers us participation in his life by un-doing things rather than doing things to learn how to earn the right to join him.

So for me, faithfulness to Jesus began with doing nothing. I intentionally scheduled periods of time where I did nothing. I was still. I tried to remain silent and clear my head. I’d set a timer and try to just breathe.

At first, three minutes of this seemed impossible! My mind would wander to a meeting I had or a project I was working on. I thought about how uncomfortable my chair was or if the room temperature was right. I quickly discovered that doing nothing was much more difficult for me than doing just about anything! The whole process felt weird to me. Didn’t I know how busy I was? Do I have time for this?

With my un-doing project beginning to unravel, I began to study contemplative practices. I started reading a few very excellent books on the subject, when I was convicted that in trying to learn all I could about doing nothing I was avoiding the actual practice of doing nothing! Even in my trying to learn how to trust Jesus in not doing things, I found myself trying to perform without embodying the good news!

I’m all for reading and studying, but I was convicted that this was only going to change through practicing something uncomfortable and not knowing if I was doing it well or right. You know, humbling myself and trusting Jesus with me.

Through consistent prayer and practice, I learned how to un-do my doing in greater measure. While no expert, my time “sitting with Jesus” (I learned that from Brian Zahnd at one of his Prayer Schools), is a part of my day I looked forward to.

Naming this reality and learning to respond to the good news of Jesus was life-changing. Learning to follow Jesus through my boredom, transformed how I related to boredom. Once an enemy to avoid, boredom became a friend to guide me into union with Jesus.

Boredom was no longer a warning sign of my valuelessness but became evidence of my beloved-ness in Jesus. 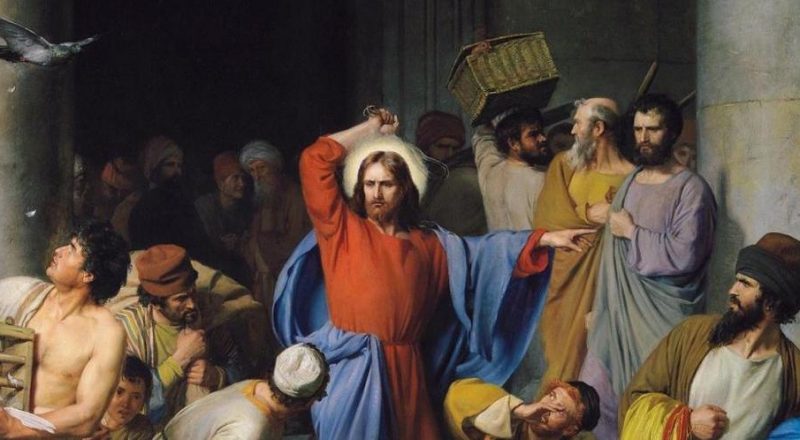