“Whenever two or three are gathered, there will be all kinds of problems…”
– Something Jesus did NOT say (but is true nonetheless)

My frustration with a particular staff member had been increasing over several months and was now at a steady simmer. When I hired him, I saw him as a young, smart, and driven millennial with tons of leadership potential. Things started out great, but the honeymoon was coming to an abrupt end.

Once an optimistic go-getter, he now seemed like a negative naysayer. Every time I submitted an idea for his consideration, I was met with pushback and complaint. Once humble and teachable, he now seemed prideful and arrogant. Whenever we were gathered as a team, he consistently defaulted to the role of teacher, informing others (including me) of the right answers.

He was becoming a problem. And not only was I feeling it, but so were others around me. I was feeling pressure from staff, both vertically and horizontally, to set him straight.

Something clearly needed to be done. But what? And how? How to have this difficult conversation? 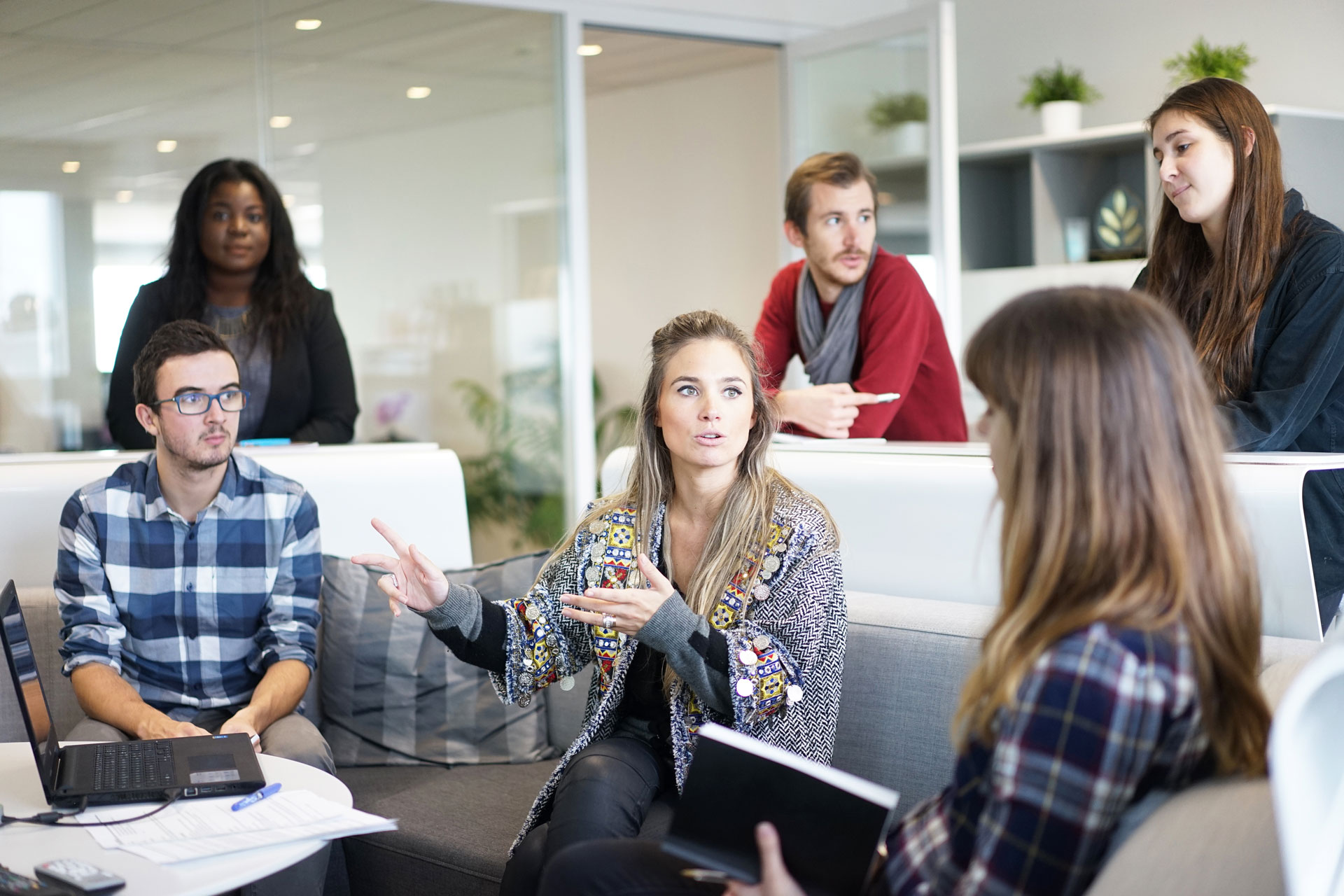 A few years ago, my plan would have been simple and straightforward: name and blame.

I would have leveraged my positional power as his boss to apply pressure toward the desired outcome. I would have sat him down, named the problem, provided evidence for the problem, demanded that the problem be rectified, and attached a deadline to ensure a timely fix.

Here’s the problem. Here’s why this is a problem. You need to fix this problem. This is how much time you have to do it. Oh, and is there anything I can to do help you fix this in time?

The conversation would have taken no more than 15 minutes, I would get my point across, and the onus would be on him to improve things…or else!

But what I’ve been learning is that this approach doesn’t do good work for anyone involved.

For the leader, putting others in their place by demanding change requires zero vulnerability or humility, let alone empathy or compassion. And for the one being led, they typically walk away feeling called out and shamed, not understood and empowered.

Additionally, the underlying frustrations are rarely resolved. Not really. It tends to produce mounting frustration that pops up somewhere else, usually resulting in a resignation, either forced or voluntary.

The way of Jesus

Name and Blame is at odds with the kind of leadership Jesus modeled. Jesus didn’t name and blame. He didn’t control and manipulate. He didn’t point out people’s problems and demand they solve them.

He met them where they were in love by inviting them into a different way of living. Jesus got low with people. He got humble. And he washed their feet.

You know that those who are regarded as rulers of the Gentiles lord it over them, and their high officials exercise authority over them. Not so with you. Instead, whoever wants to become great among you must be your servant, and whoever wants to be first must be slave of all. For even the Son of Man did not come to be served, but to serve, and to give his life as a ransom for many.

I knew name and blame was at odds with the kind of leadership Jesus modeled, and I’d left it behind. But my scheduled meeting with this frustrating staff member was rapidly approaching, and I felt stuck in imaginative gridlock about what to do instead.

I spent some time praying, and put together a “conversational roadmap” in my mind. The next morning we met and I said something like this:

Hey, I’m having a leadership problem that I want to invite you into. The problem is I’ve been frustrated in trying to lead you and I’ve started telling myself a story about you as to why that is the case.

My guess is that my story about you isn’t entirely accurate nor is my frustration one-sided. And I don’t want to be frustrated with you. The truth is I want to work well with you.

Can we talk about this? I’d really like your help. Is there something I am doing that is frustrating you?

As I’m sure you can see, this approach was radically different than my other roadmap.

It started with me rather than him. It started with me owning my problem and inviting him into it. Since I didn’t need to pretend to have all the answers or the definitive perspective on the situation, I was able to welcome his input.

Caring more about the person than the problem

The basic shift that took place in me was caring more for him as person than the problem he was creating. Together we were able to gather around the frustration in our relationship rather than pointing fingers at each other.

The result isn’t the point

You might be curious how this new approach worked out.

In this particular situation, he responded really well. He didn’t get defensive or combative. He didn’t lash out or get angry. He simply agreed and asked for my help.

But that’s not really the point. Because this way of approaching people resists the temptation to control and manipulate, it means people are free to respond how they want to respond.

I’ve had about 15 conversations like this in the last few months and some of them didn’t go well! Sometimes people get terribly upset.

How to have a difficult conversation: 3 practices

So how to do this? Here are 3 practices that will help you move toward others when tensions are running high. 3 practices to help you have a difficult conversation in the way of Jesus, full of grace and truth.

1. Make the first truth you tell be the truth about yourself

It sounds like this: “This is my problem. And I need your help.”

Our previous roadmap would have started with the exact opposite truth: “I don’t have a problem. You have a problem that I will name for you.”

But when you frame the conversation as a problem you are having that you need help with, it puts you in a position of humility and vulnerability. This will help you examine yourself first and assume a posture of listening.

It will help you seek to understand before being understood. This will also ensure that the starting point is teamwork—working with each other on a problem rather than against each other.

2. Invite others to shape the story you are writing

It sounds like this: “Here’s the story I’m telling myself. But I’m sure I don’t have the whole picture. Can you help me write it?”

But by not presenting your viewpoint as definitive, you welcome the other person’s input. You are not denying your concerns, but you are holding them out tentatively. Here’s what I’ve observed. This is the story I’m telling myself. Can you speak to this?

This not only allows your perspective to be informed by the other person’s contributions, but will help you not confuse that person with the problem. When we treat people as the problem, we tend to name and blame.

But when we make the other person the priority, the problem becomes secondary and is typically resolved naturally.

3. Own your part of the problem

If there’s something you did wrong or could have done better, own it. It sounds like this: “I could have handled that better… Yes, I see how my words and actions hurt you.  I’m sorry.”

Part of leading in love involves inviting people to share the pain they’ve experienced under your leadership, owning it, and growing from it. Too often leaders allow their positional authority to excuse them from apologizing.

Because it’s not obligatory, it’s not considered necessary. But you can’t expect those you are leading to own their stuff and grow if you are unwilling to do so yourself.

And, it probably goes without saying, but any apology of admission must be done in a genuine way and with full sincerity.