When I was a younger Christian, dreaming about the the missionary ministry I felt called to, I would pray the impassioned petition of so many young people, “God, use me!”

And while I understand what we’re getting at when ask God to “use” us, I’ve stopped praying and talking like this. I don’t think it’s a good way of framing how God relates to us.

I hope it seems obvious to you that there’s something off about this kind of relationship. And yet, this is how to many of us conceive of our relationship to God. We talk as if he’s just waiting for us to finally get to the point that we’re willing to be “used.”

Most of us come by this honestly, and I think a lot of it has to do with how we’ve experienced leaders in our lives.

A mentor of mine told a story about a leader in his life that he greatly loved and respected. But he would have episodes where, in his frustration, he’d become very utilitarian and harsh, saying things to his team like, “You’re just dogs pulling my sled. If you don’t like the job, there are a lot of other dogs out there willing to pull.” 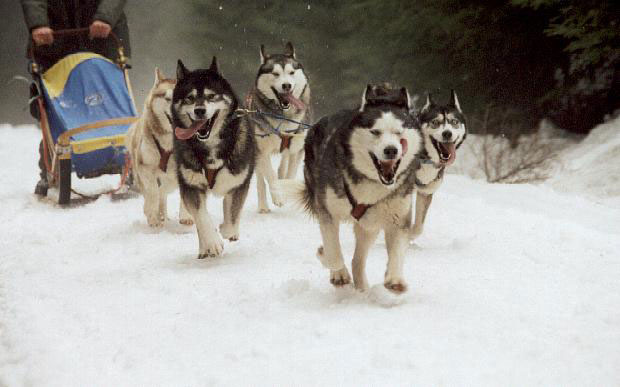 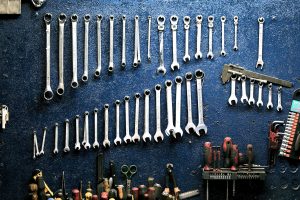 I’ve heard stories about other prominent leaders saying similar things with different metaphors (“You’re just tools in my toolbox…”). Many people are used to being treated like tools to be used by those with grander visions or greater competency, living in fear that if we don’t perform well or if we complain too much, we’ll lose our place (and thus our belonging and significance).

It’s so easy for us to project this image onto God, making him the ultimate “leader” who is looking for people to use. But that’s what bad leaders do. And God is so much more to us than our “leader!” We need a better way of talking about how God relates to us!

God is not a utilitarian

Here’s what I’m getting at: the idea that God uses people to accomplish his purposes is too utilitarian and mechanical to do justice to what we see in the scriptures about how God relates to his people.

It assumes that all God really cares about is getting his stuff done, and people are just there for him to “use” to get that stuff done. Like tools. Or dogs pulling sleds. Objects whose sole purpose is performing a function. You use them until they wear out, then you get a new one.

But that’s not the picture scripture gives us of how God relates to us, in at least two ways:

1. God’s project IS his people

God doesn’t have a project that he uses people to accomplish. People are God’s project.

God created humanity as the pinnacle of his creation, creating us in his image and giving us the task of partnering with him in the cultivation of creation.

God’s project is bringing his people into abundant life. Flourishing in every way. Becoming fully and deeply human. It would be absurdly nonsensical for him to degrade us by “using” us in the pursuit of a project meant for our flourishing.

God’s commands, then, are meant to guide us toward that which is good for us. They aren’t arbitrary rules he establishes because he’s a control freak with a fragile ego.

God doesn’t use us to build his thing. Instead, his “thing” is to build us into everything he’s made us to be! He directs us because he knows what’s best for us, loves us, and wants us to flourish.

Almost every act of sin or rebellion is rooted in the lie that that God isn’t actually FOR us. We fear that he’s exploiting us for his own mysterious purposes, with no regard for our own flourishing. We don’t believe God is actually GOOD.

But he is! His project is his people. He’s working for our good. Therefore he never “uses” anyone. But he is very interested in partnering with us.

2. God wants to partner with us, not use us

So I stopped saying that God “uses” people. Instead, I now try to talk about God’s desire to partner with us.

One of the remarkable things about the accounts of the resurrection of Jesus is how many commands are given.

The resurrection of Christ means that God’s new world has begun, but instead of basking in the glow of vindication, Jesus is calling his disciples to partner with him in implementing his achievement.

Just like God gave Adam the job of cultivation creation, Jesus invites his disciples to partner with him in cultivating new creation. Instead of telling people to step back and watch, Jesus is inviting people to step up and partner.

God isn’t looking for obedient slaves he can use, he’s looking for willing partners he can empower.

We give people the wrong impression when we talk about God “using” us. They automatically think about the bad leaders in their lives who left them feeling exploited and dishonored.

So that’s why I’ve stopped saying “God, use me!” I’d invite you to do the same.

In fact, why don’t you try a language experiment: for the next 30 days, in everything you say and write, eliminate references to God “using” people. Instead, talk about partnering with God.

Here are a few examples:

You get the idea. The language we repeatedly use over time is powerfully formative in the kind of culture we cultivate. See what the results are of eliminating, “God use me!” from your leadership vocabulary!