One of the jokes about people who do CrossFit goes something like this: How do you know if someone does CrossFit? It’s easy… they’ve already told you!

People who do CrossFit love to talk about the fact that they do CrossFit. And I happen to be one of them!

I first visited a local CrossFit “box” this past fall and was instantly hooked. My first CrossFit workout was called “The Karen” which involved 150 consecutive wall balls as fast as possible.

What’s a wall ball, you ask? Well, imagine a oversized 20-pound ball that you have to front squat and then launch into the air to reach a line that’s way too high on the wall. Then, when the ball comes back down, you catch it and go right into your next front squat.

Wall balls suck. By my tenth wall ball, I was totally gassed. Around number fifty, I basically turned into a blubbering mess, yelping involuntarily with each wall ball throw. It was awful. Afterward, I was dizzy and I’m pretty sure I was hearing sounds of the ocean in my left ear. I had to lie on the ground for about 15 minutes until I regained enough composure to walk in a straight line.

That’s when I knew I’d be coming back for sure.

Don’t get me wrong. I realize that CrossFit isn’t for everyone. Most days I’m ridiculously sore and have random bruises. But for me, it’s worth it. Not only have I benefited physically, but CrossFit has also taught me tons about the nature of discipleship. Three lessons specifically… 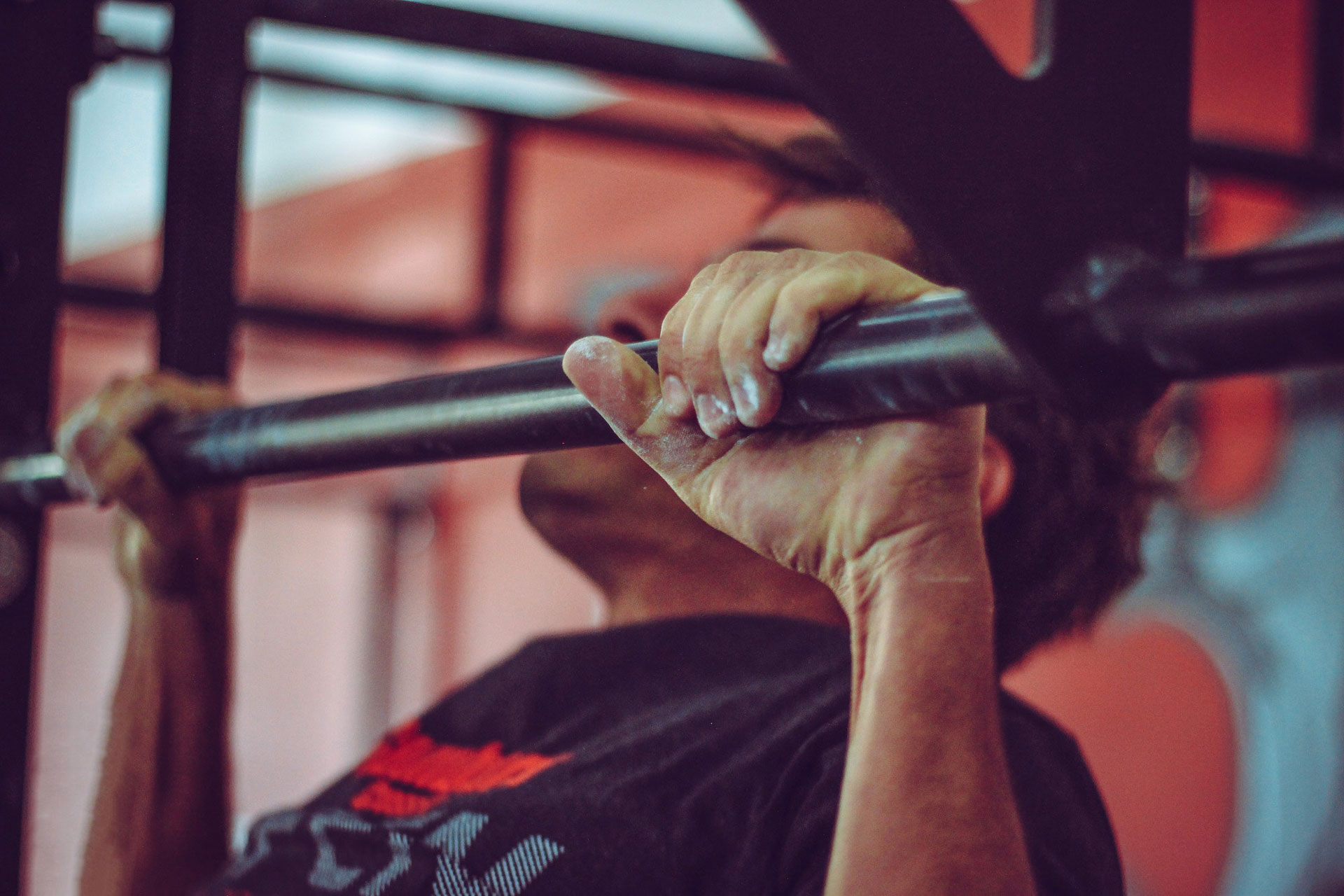 Here’s the thing: you can’t do CrossFit without a CrossFit coach. I suppose you could try, but my guess is you’d end up getting hurt.

CrossFit involves high-intensity interval training that combines Olympic weightlifting, plyometrics, gymnastics, and several other exercises. Many of these movements are not only difficult but also ridiculously complex. They require a high level of expertise to perform properly.

This is where the coaches come into play. The coaches don’t just know about CrossFit (intellectually), they know how to actually do CrossFit (physically). The coaches demonstrate how to do the movements properly and then they teach you how to do the same, often with many corrections and encouragements along the way.

No single coach is awesome at all the movements. They aren’t perfect. Each of them has their own areas of fitness they are working on improving. But when paired with someone learning Crossfit, they make a great team. The coach is one that invests and empowers the people around them to reach their fullest potential.

Discipleship is much the same way. You can’t go at it alone. I suppose you could try, but my guess is you won’t get very far. The truth is you need a leader, a “discipleship coach” of sorts.

And this is important: a discipleship coach won’t just know a lot about discipleship (intellectually), they will actually know how to do discipleship in their everyday lives.

Unfortunately, there are many people who mistake knowing a ton about discipleship for actually making disciples. The two aren’t the same thing at all.

Discipleship is the intentional process of becoming more like Jesus.

A discipleship coach will know how to actually demonstrate the character and competency of Jesus (what it looks like to be like Jesus) in a wide variety of situations and settings. Additionally, they will know how to invest and empower others to do the same.

A discipleship coach won’t be perfect, for sure. They will most certainly have their own areas of discipleship that they are continually attending to as they regularly receive God’s grace in their lives.

Perhaps this is one of the reasons why a team of disciple-making coaches will be way more effective than a disciple-maker running solo. A team compensates for the limitations of a single discipleship coach by providing mature investment across the entire church community. A plurality of shared leadership is much stronger than a leader operating solo.

The moment I joined my local CrossFit box I entered a new web of relationships. I was astounded at how quickly and easily friendships began to form. There were several organized structures that made connecting natural.

I found that if I showed up to the classes somewhat consistently, it was super easy to get to know the people I was sweating alongside. Lingering before or after classes also helped tremendously.

Social media has helped too. Not only was I invited into the CrossFit group on Facebook (where everyone is obsessed with GIFs), but there is also a community app where everyone records his or her scores from the daily workouts. This has been a space of profound encouragement.

As people lean into these organized structures for connecting – classes, social media, the app – friendship has gradually become more organic and spontaneous. We’ve now had several CrossFit parties outside of the daily classes. I’ve been able to grab a quick coffee or lunch with several individuals. We’ve had a few family dinners with some of the other couples. We’ve served our community alongside one another at events like Night to Shine.

CrossFit wouldn’t work without community. And neither does discipleship. You won’t get very far if you try to follow Jesus by yourself.

Community is an essential component of discipleship, a non-negotiable. Moreover, it needs to include both organized structures designed for connection and growth as well as outlets for organic and spontaneous interaction.

A great place to start is to establish a weekly meeting time that everyone can firmly commit to, a time that is considered sacred. Then additionally you, as the discipleship coach, need to be sure to give your group members access to your life outside of that weekly meeting. It also helps to connect just for fun every once in awhile.

CrossFit is really hard. It’s intentionally designed to make you want to quit. Pretty much every workout has what I would describe as the stuck moment.

The stuck moment is when the physical pain you are experiencing intersects with the realization in your mind that you still have an unbearably long way to go until the workout is complete. This is the moment when doubt creeps in, when your confidence begins to falter when you are unsure if you can keep going.

The stuck moment forces you to reckon with who you are under stress. What will you do under the pressure of pain? Will you throw in the towel? Will you cheat so that you can get through the workout faster? Or will you grit your teeth and persevere.

One of the reasons why I do CrossFit is because it’s helping me flex my “perseverance muscle” on a regular basis. That moment when I want to quit but decide to keep going is helping develop a deep and unwavering resilience that translates into other areas of life.

I don’t know about you, but I often encounter stuck moments in my life. There are things I’m tempted to give up on because they’re just hard: parenting, pastoring, prayer. Life isn’t easy. And neither is following Jesus.

When it comes to discipleship, you are bound to experience stuck moments. Stuck moments have a way of revealing the quality of our character, the strength of our faith, and the tenacity of our trust. How we respond to stuck moments is critically important. 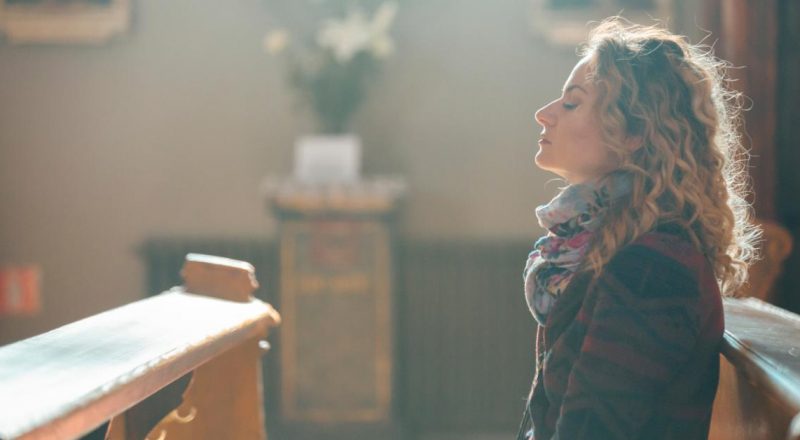